We raised just over £1,000 for our Comedy Night at The Heatons Sports Club with tickets sales and an exciting raffle which included a bottle of Veuve Clicquot!

Thank you to all those who attended our second ever Comedy Night – we received lots of positive feedback.

Cheshire’s Rob Rouse kicked off the evening with his “latter day Stan Laurel” style sense of humour. Rob is now probably best known for his portrayal of Shakespeare’s manservant Bottom on BBC’s Upstart Crow although a quick flick through the channels will see him pop up on everything from 8 Out Of 10 Cats to narrating World’s Deadliest Drivers!

Rob was joined by circuit veteran Boothby Graffoe who boasts both a Time Out Comedy Award as well as a Perrier nomination, hotly tipped newcomer Harry Stachini and MC Rob Riley. 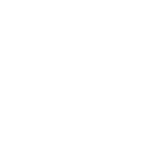